The hit Alexa Skill, Beat The Intro, is now available as a Google Action.

The ultimate music skill plays snippets of songs and players have to name that tune against the clock! It’s continued success on Alexa has demonstrated how Voice is the perfect medium for a music-based game. This, coupled with it’s wide-spread appeal in both the UK and US, made it the perfect choice for a new Google Action.

Our team has recreated the game and released it on Google using one of their latest features, the Interactive Canvas. Using this new framework has enabled us to create custom animations and full screen visuals. As well as employing the latest tech, we have also released the skill in 8 locations across the globe and customised the content for each of these locales with hits from the US, UK, Japan, Mexico, Brazil, Germany, France and Spain. 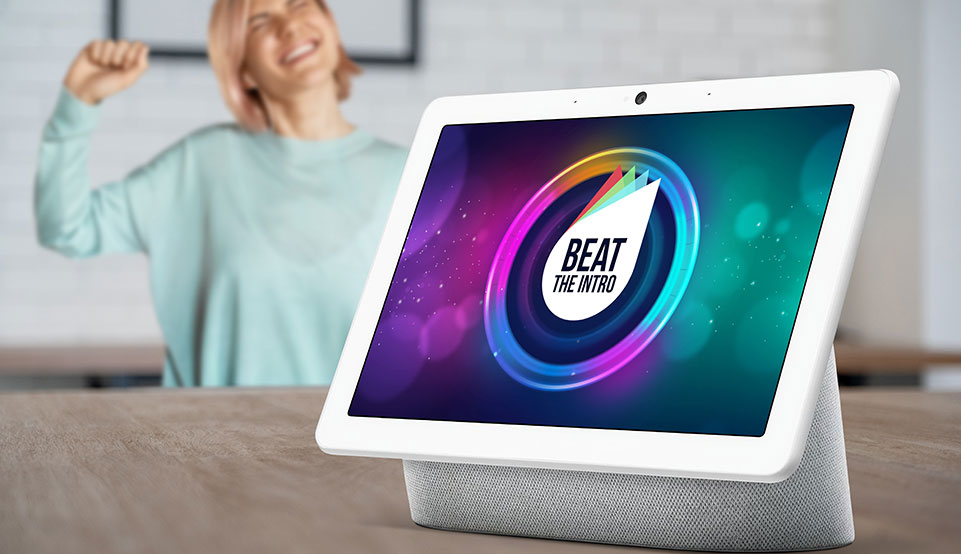